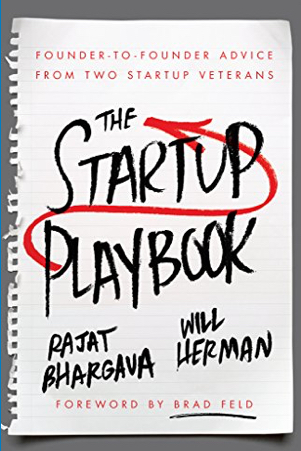 The Startup Playbook is our personal, how-to guide for building your startup from the ground up. In it, you ll find a collection of the major lessons and shortcuts we ve learned that will shift the odds in your favor. We re sharing our tips, secrets, and advice in a frank, founder-to-founder discussion with you.

We make no bones about our bias. We re on your side, the founder s side. There is no doubt that venture capitalists, investors, and accelerators/incubators have great value in the startup ecosystem, but this book isn t about their points of view. We ll tell you where our interests as founders diverge from those on the other side of the table investors, bankers, advisors, board members, and others and what to do when that happens.

Between us, we ve started over a dozen high-tech software companies, raised over $500 million in investment capital, acquired over thirty-five companies, had three of our startups go public, sold six of them, and we made billions of dollars for shareholders. We ve also advised and mentored over two hundred companies and actively worked with venture capitalists (VCs), incubators, and accelerators to help launch many other new startups.

We ve had plenty of failures, too. And we ve probably learned more from those than from the successes. We share those lessons as well.

The Startup Playbook is full of advice and guidance from entrepreneurs who have been in the role of the founder many times. We want to share our hard-earned knowledge with you to make success easier for you to achieve.